Freaking Out in the Desert: Awe + Naïveté on the Road to Enlightenment

10 years ago this month I traveled to The Petrified National Forest to spend two weeks alone (at least, that was the plan): I received a Writing Residency through the National Parks Service. Our nation’s Department of the Interior entrusted me, mois!, to be a Writer-in-Residence and wax poetic about the desert.

I will TOTALLY be enlightened(ish) by the end of this! I thought.

This will look great on my resume for a future academic job! (If you’ve also been in academia, this joke’s for you 🤣 🤣 🤣 )

Here's an excerpt of my writings about that time, part of which was originally published with Parks & Points.

Want to write your stories in meaningful, powerful ways? Get my FREE online workshop:Your Story, The World Sign Up for Free Here

There are places where the ground cracks opens like a book, where earth’s long history is written in the rocks. Stretches of land in northeast Arizona are filled with the pages of the past: here the mesas carve their cut jaws against the sky.

I’ve traveled alone to The Petrified Forest National Park from my home in Florida. This is a big deal for someone who gets anxiety while eating alone at a restaurant. I want to be the kind of woman who can thru-hike, who can start a fire, who knows which berries are edible.

I am not this kind of woman. I was raised in a New Jersey suburb, where nature is tamed into manicured lawns and sprayed with pesticides. Now, living in Florida, going outdoors for me mostly involves a beach towel and — let’s be honest — a frozen cocktail.

So here I am, hiking the desert in my pink tennis shoes, looking for something. Myself, maybe.

As I walk along the trail, unassuming split logs have crystallized over the millennia into an explosion of swirling colors. There used to be many more, but over the centuries travelers and tourists have stolen these glimmering fragments. Now, it’s illegal to pilfer the petrified wood. There's even a legend that the ancient casts are cursed, and they bring bad luck to anyone who steals them from their home in the desert.

The petrified wood is a reminder that 220 million years ago, in the Triassic era, a wild river surged through the now hard-packed earth. The once-verdant forest, smelling of rich wet soil, has been preserved as quartz.

The passage of time is carved like technicolor poems in these stones.

When my fingertips graze the smooth blue and neon pink spirals in the petrified wood, I’m touching a Triassic tree.

When I gaze up at night, I'm seeing ancient light catapult across space.

The closest star beyond our sun is over four light years away.

When we look at our neighboring galaxy, Andromeda, we see it as it was two million years ago.

The Triassic era was 200 million years ago.

My logical brain tries to wrap itself around such numbers, around deep time and massive expanses, but all I’m left with is the rugged air filling my lungs and the word we give to such moments when we feel terribly small: awe.

Geologists read the stories buried in the earth, astronomers read the sky for its secrets, and all I can do is stand in the center, dumbfounded.

I am in awe. The word becomes my mantra. It anchors me to the present moment.

220 million seasons have passed over this land. The sky is an indifferent roof, stark and blue. And here we are, trying to make meaning out of it.

I pull my rental car up to a lonely cabin inside the National Park, my home for the next two weeks, and look around. Vastness. The rugged plateaus stretch across the dome of sky.

Quiet. So quiet the lack of sound takes up space, it leavens in the dry air. Occasionally the wind makes the smoke trees shake their silvered leaves.

Sand grains are lifted and tossed. In the distance a sandstorm swirls like a tornado.

Then, I suddenly realize I’m dizzy. Like seasickness, even though I’m in the middle of the desert. I realize I have altitude sickness.

I close my eyes and by mentally recite the Reiki principles, which are also called The Secret Recipe for Happiness. The saying goes like this:

Just for today, I will not worry.

Just for today, I will not anger.

Just for today, I will do my work honestly.

Just for today, I will be grateful.

Just for today, I will be kind to every living thing.

Then, a second realization: I’m alone.

Really alone. Thousands of miles from a soul I know. No WiFi, no radio, no TV (this was before I had a smart phone, too). I did bring one of my dad’s Creedence Clearwater Revival CDs, which I play endlessly on my laptop.

Though when I think about it, I’m not entirely alone. There are my books: I’ve brought along Lao Tzu, Rachel Carson, Patanjali. And there are my bug roommates. The next day, after a thunderstorm, there’ll be a hundred more: a swarm of termites or flying ants — and I will go berserk.

My weapon is Australian Gold SPF 30 lotion in a spray bottle. I can remain at a safe killing distance while scenting the cabin in a chemical coconut aroma.

I have no bug spray, except for some all-natural DEET-free stuff that would probably only anger the insects. When the strike seems right, I also use my AAA Arizona and New Mexico Tour Book as an effective crushing device.

One time over tea, my Buddhist friend said a group of monks had to move because their meditation center became infested with termites. Rather than fumigate, the monks vacated the premises. They hauled up everything—though monks don’t own much—and left. I find that to be particularly admirable. The strength to be so compassionate.

After sundown, I lie in bed over my sheets with my sneakers on because A) I’m freaked out, and B) I can jump up and squash my roommates easily, or C) run back to Florida if needed.

There are splotches of white SPF lotion all over the curtains, globbing up the floor, dripping down the walls. At least none of us will get skin cancer.

Just for today, I will not worry.

Every muscle is clenched.

There is a tightening in my chest. I start tearing up, the kind of anxious, panicky tears I’ve become so good at over the years.

Then I go to the bathroom and see him.

I’m on the toilet peeing. He’s on the tile a foot away from me.

If one is to come into contact with a scorpion, I’d highly recommend doing so with one’s pants on.

The scorpion is tiny — only about an inch and a half — and the color of sand. The smaller, the more venomous (as I will learn later).

I’ve never wanted to see that curved, demonic tail and those ferocious pincers close up. But alas, fate hath brought us together.

Now I full on lose my shit. I throw on a sweatshirt and storm outside, stumbling across the stones in the dark, to the rental car.

In my brief breaths on this planet— a nanosecond relative to the prehistoric mesa— my species has worked diligently to control nature and make her subservient.

I walk on cement sidewalks, drive on paved roads, all the while appreciating nature at my own behest, sitting dreamily at a local park or the beach for an hour before returning to my precious air conditioning. I’ve lived very comfortably in houses sealed from the elements.

Terrified of being bitten by the Arizona bark scorpion in my bathroom, one of the deadliest in the world I will learn, I’m exiled to my rental car. Coyotes howl menacingly in the distance.

Then I look up through the windshield.

With no light pollution for a 25 mile radius, layer after layer of glimmer fills the sky. It’s so clear I can see the Milky Way Galaxy.

Astronomers say the carbon that makes us is the same carbon found in stars. On a biological level, we are not just this land but the galaxy and the darkness stretching beyond it. Our cells are stardust.

The irony of having a panic attach in The Petrified National Forest is not lost on me.

My naive notion that I'd be enlightened (at least a little) by the end of two weeks here hits me.

A decade later I will better understand this stage on the spiritual journey: the desire to be enlightened is often a function of the ego for beginners. We WANT to want to be enlightened: we want to feel holy, or holier-than-thou. It's ultimately a superiority complex. A noble way for the ego to puff itself up. Since true enlightenment requires such non-attachment, the ego itself would have to be OK with obliteration.

The next day, I sheepishly went to the Park offices at the main gate and told them about all the bugs and the scorpion.

"They're protected, we can't kill them," the staffer said.

In the end, I wouldn't even last the two weeks. A marvelous humbling.

In my brief breaths on this planet — a nanosecond relative to the prehistoric mesa — I keep returning to awe. The desert is always changing.

The same is true for all of earth, for the entire cosmos. The high mesas are slowly, imperceptibly, descending back into the seas. It is the nature of nature to change. We just don’t stop long enough to notice.

The desert is marked by erosion, but not marred by it. Here, erosion is also creation. The rain gullies down soft red slopes. The rifting landscape is beauty in motion. Just because the mesas are moving — ever so slowly —doesn’t mean disaster; it simply means the ground is taking new shape. 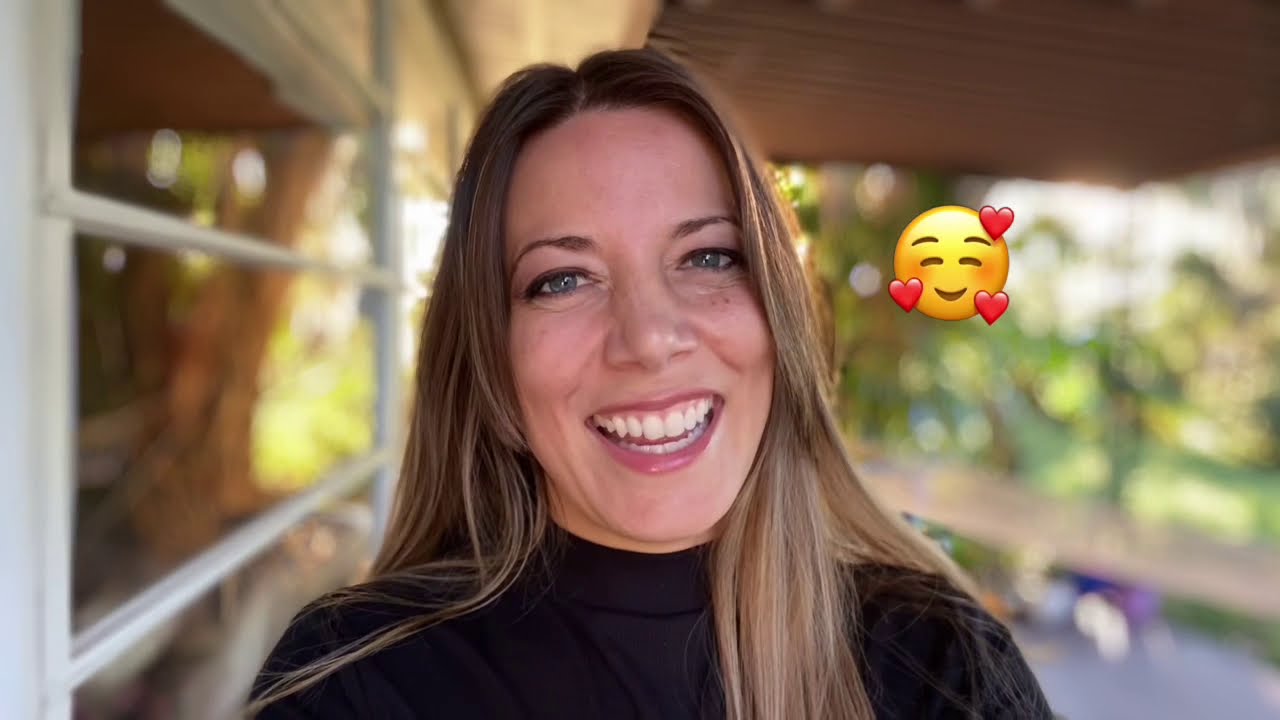 Winter Solstice Meditation for Inner Peace: Honoring the Yin Principle Within You